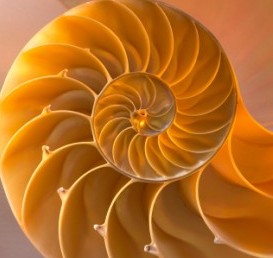 “The body’s life is the life of sensations and emotions. The body feels real hunger, real thirst, real joy in the sun or snow, real pleasure in the smell of roses or the look of a lilac bush, real anger, real sorrow, real tenderness, real warmth, real passion, real hate, real grief. All the emotions belong to the body and are only recognised by the mind.”

A few popular myths I’ve encountered over the years that seem to inform the general perception of therapy:

Pushing through things is the way to go: “If I can just talk about my problems enough, think about them enough, figure them out with my head, they’ll eventually be solved.” Endurance is the main virtue espoused by this perspective, and while there is something to be said for persistence, it’s a mistake to imagine that intellect alone can resolve everything. If it could, everyone in our exceedingly smart society would have become problem-free a long time ago. This myth ignores the power of the unconscious, intuition, silence, the felt sense, and everything below the neck.

Trauma needs to be talked out: “If I repeat the story often enough, it will lose its effect on me.” While desensitization therapy can help reduce certain phobias, simply talking about trauma is a blunt instrument for a delicate job. Telling the story over and over again can reactivate the trauma, wearing the grooves deeper. Working with the physiological charge of trauma in a more skillful and intuitive way (such as Somatic Experiencing) can help rewire the nervous system, releasing the frozen experience that is the essence of trauma.

If I can just understand why I do something, that knowledge will solve the problem: This misconception — that intellectual understanding is the silver bullet– is the source of a great deal of disappointment. I can’t count the number of people I’ve worked with who, thanks to years of therapeutic work, are able to intelligently articulate the sources of their problems, yet still wrestle with them mightily.

Once you have understanding, what comes next? Often it’s being with the body, listening to what it has to say. A more skillful, nuanced approach to one’s inner world brings the ability to listen at a different level — to sensations, symptoms, dreams, images, internal voices. We bring in open, nonjudgmental awareness, the most single powerful agent for change. And compassion, opening the power of the heart to oneself.All a therapist has to do is listen: Note how this fits hand in glove with the above myth, that talking alone will solve the problem. Nonjudgmental, open awareness is a fundamental attribute of therapy, but it doesn’t always equate with silence. Again, I’ve heard too many stories from individuals who faithfully reported their story, worked their process, examined and explored and puzzled over their feelings — for years — with therapists who said little more than ‘mmmm-hmmm’ and the occasional “I see.”

There is a tremendous power in silence, a deep art in letting the client go over her own edge into the unknown. But that is no excuse for years and years of coasting.Experience should be pathologised rather than worked with: The medical model currently applied to therapy reinforces the tendency to view symptoms as manifestations of disorder/disease, rather than the efforts of a highly intelligent and well-organised system to heal itself. I think that every problem, every symptom, has a very good reason for being there. Often that’s one of our first tasks in therapy — to figure out what that might be.

Symptoms, whether they are mental or physical, are doorways into inner reality. Simply labeling something as screwed up is deeply unhelpful, and can create a great deal of self-blame and despair. At root, it is deeply unskillful — in fact, impossible — to attempt to change anything we haven’t first accepted. James Hillman writes eloquently about this.

My problems are the result of my character faults: I’m just too lazy, disorganised, uncommitted, or stupid to do things differently: Well, maybe you are. On the other hand, if you’re paying a therapist a fair sum of money to work on them every week, and managing to make it to your sessions, you are clearly not any of the first three. Maybe there’s more going on than meets the eye.

Personally, I am blown away by the under-diagnosis of trauma in individuals, families, communities. I see its effects everywhere, in depression, anxiety, ADD/ADHD, addictions, loneliness, anger, relational problems. So often people are unaware of the cause of their pain. They may not even have a story, or they brush it off with “It was a long time ago, doesn’t really bother me.”

Trauma’s web spreads far beyond the standard diagnostic criteria of PTSD to touch every one of us, as individuals, families, communities. The symptoms weave themselves into our very identity. It can take a lot of patient work to disentangle the effects of early trauma from who we are. We’re living in a good time, though. Recent research is revealing exactly how trauma engraves itself on the nervous system, as well as the ways in which mindfulness and a focus on embodied experience can undo its effects.

Here’s an interesting article on the neurobiological effects of trauma and the effectiveness of a body-oriented psychotherapeutic approach.